APME 2017 will take place in the Center of Ghent, at the: 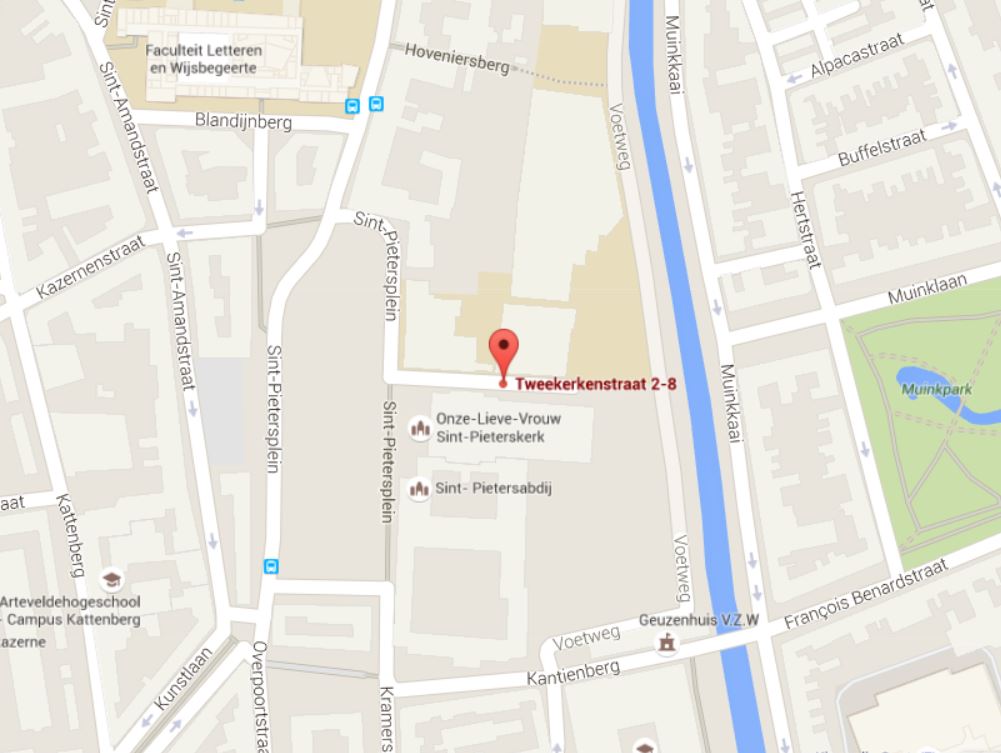 How to get there

Ghent is located about one hour from Brussels Airport, which is operated by more than 140 national and international airlines.

The easiest way to get there from the airport, or any other location in Belgium, is by train (SNCB, 'NMBS'). Those travelling from Paris, London, Amsterdam or Cologne may also book a high speed train with Eurostar or Thalys. The station to reach is the Ghent Sint-Pieters station.

By bus and tram

From the city center of Ghent:

There are several public car parks scattered throughout the city centre, one of them right in front of the conference venue, beneath Saint Peter's Square (P10 - car park Sint-Pietersplein).